Ndagi and Adama looked back and cursed the day they promised off their unborn daughter to a sly monster in exchange for few notes of the Naira for their own survival. On her way back from school along a quiet pathway, 12-year-old Asabe had been kidnapped. Held down by four hefty men, she was drugged and repeatedly raped for days by 45-year-old Badigi, her parents supposed ‘benefactor’ whom she never knew about. Her crime? The unborn girl-child that had been promised off for marriage had begun to attain puberty, and if not impregnated on time, may end up with another man.

“You pressurized me into sending this girl to school. If she was with me on the farm, nobody would have done this to her.” Lamented embittered Ndagi as he blames his wife for the ‘misfortune.’ “I only wanted the best for my daughter,” wept Asabe as she tearfully looks at her obviously traumatized, pregnant, and sick daughter who was found six days after her disappearance.  Badigi had owned up to the act and ready to take home his “Bride.” According to tradition, a man has authority over a promised bride and can take her away once she attains maturity; Badigi has committed no crime in the face of culture.

This is the typical situation some girls from very poor backgrounds find themselves in Niger State of Nigeria. Strange, right? That was how perplexed the team of researchers from ActionAid Nigeria were during the implementation of the Women-led Integrated Protection Action Against Gender-Based Violence in Niger state. Plagued by abject poverty, some families have jeopardized the future of their daughters. At first, it usually seemed a fair bargain, but as the girls grow and blossom, parents begin to have a re-think. To avoid opportunities for negotiation, the lenders, most of whom pretend to have forgotten about the agreement, seizes available opportunity and violently defile these innocent girls after which they are taken away as Child Brides. Either way, the life and dignity of the girl-child remains a Pun in the hands of the King (Parents) and the Queen (Lenders) in what has been trivialized by culture into a game of “Chess.”

Some of these cases were reported to the Police, but cases die naturally mainly due to societal stigma which results in loss of follow-up. Sadly, arrested perpetrators were released to go scot-free and continue leading normal lives. The past few months have seen increased agitation from women’s rights organizations for the passage of the Violence Against Persons Prohibition (VAPP) Act in all states of Nigeria. The uniqueness of the law for Rape cases is that it amplifies the existing legal stance that Rape offence is a crime against the state. Just like armed robbery, the action or inaction of Rape victims and their families cannot stop the process of prosecution once evidence is established. If this kind of law was operational in a state like Niger, maybe one or two convictions would have served as a deterrent for future offenders. Unfortunately, Niger state is still one of the 13 states of Nigeria yet to pass the VAPP Act. Although Civil Society Organizations are making significant efforts to address this heinous crime, a consolidated strategy in which the law efficiently supersedes deep-rooted tradition and complements grassroots sensitization effort for case reportage.

In Nigeria, survivors of Sexual and Gender Based Violence are usually further traumatized by the response structure. For instance, a rape survivor might have to tell her story several times to different agencies and might be subjected to multiple tests. In most instances, survivors are responsible for covering the logistics cost associated with seeking justice. To lighten this burden on survivors and their families, the Nigerian government can better protect women and girls through the following:

•             Establishment of functional Sexual Assault Referral Centers in every state. These centers should be sustainably funded and supported by relevant government agencies of health, law enforcement and social welfare; these agencies should work in synergy.

•             Full criminalization and prompt state-led prosecution of Sexual Gender Based Violence (SGBV) cases, irrespective of requests or interference by the victim's family or other interested parties.

•             Functional Family Support Units and Force Gender Units that are well equipped to address SGBV cases – to mention a few.

Asabe’s case is one of many instances that amplifies the intersectional issues of poverty, harmful cultural practices, and stigmatization as strong forces that fuel violence against women and girls and impedes the achievement of gender equality in Nigeria.

Disclaimer: Names are not real, experiences are true. 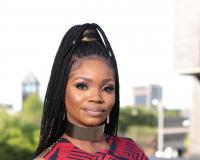